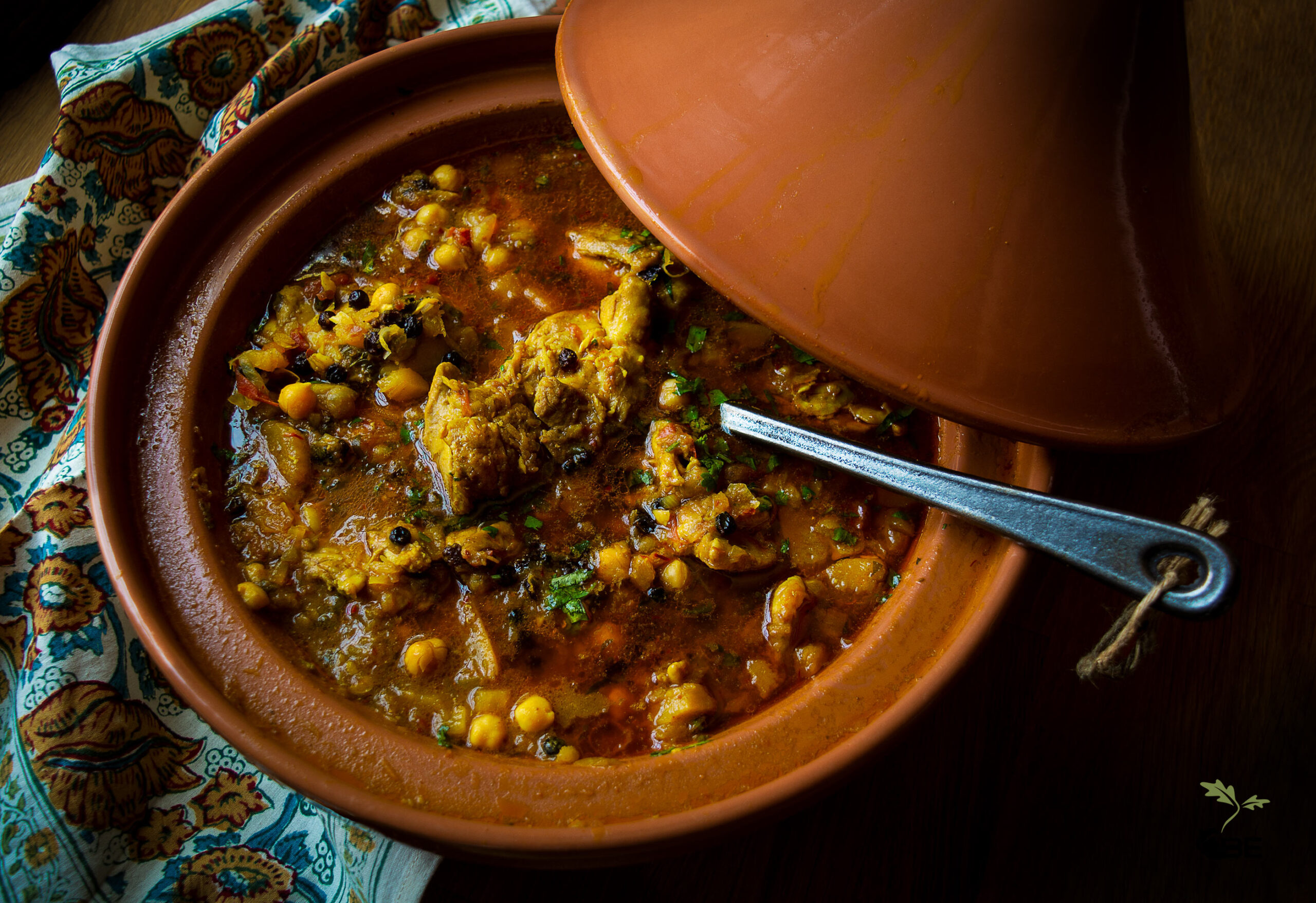 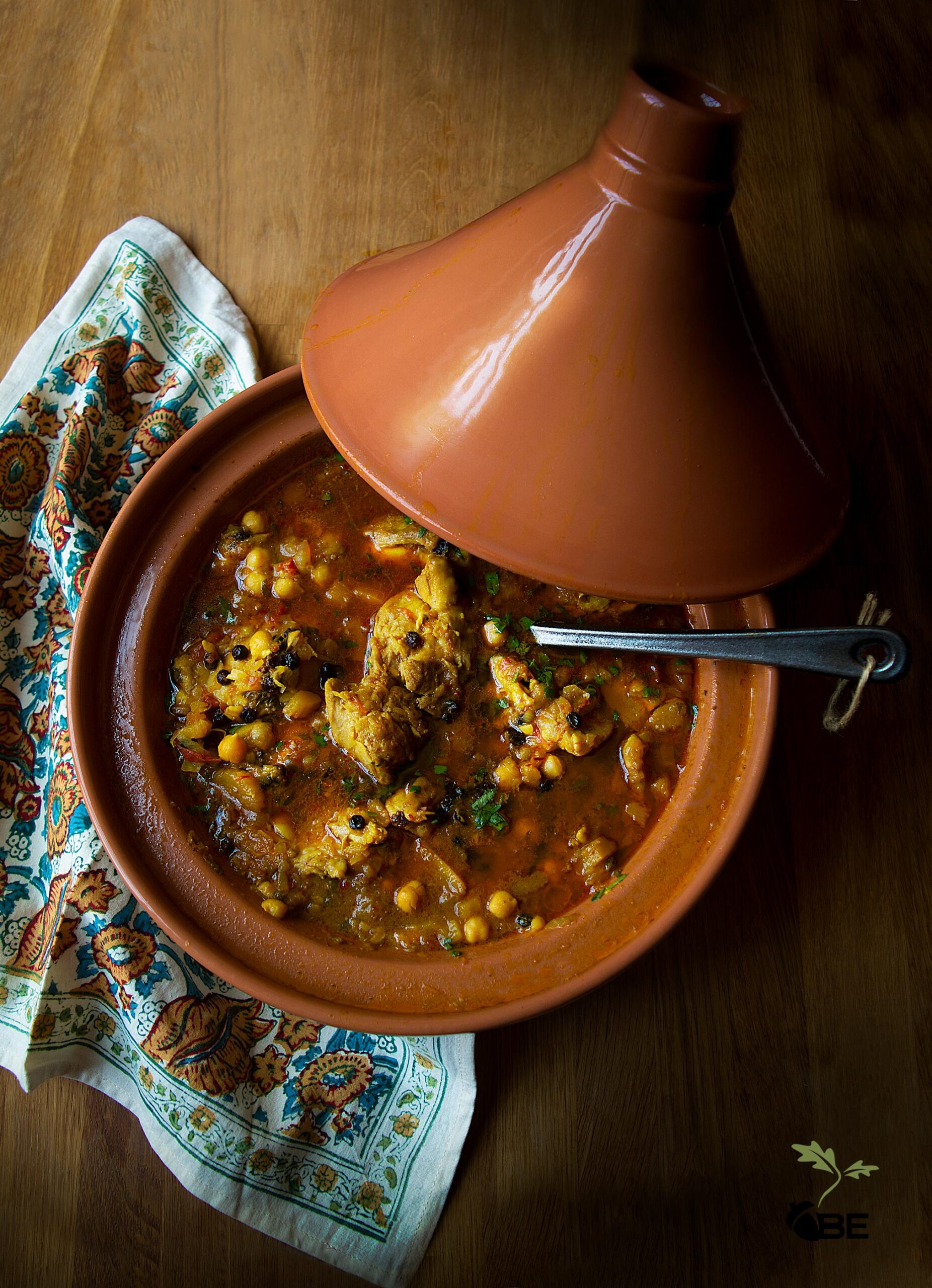 Tagine is both a traditional Moroccan (and North African) cuisine as well as the nomenclature for the earthware or ceramic vessel used for cooking it. The specially designed pot consists of a deep base and a tall, cone-shaped lid. Conceptually, as the food cooks, locked-in moisture collects on the sloping sides and slides back over the meat and vegetables for tender and intensely flavorful results.

As traditionally done in North Africa, one sets an earthenware or ceramic tagine over prepared coals to cook slowly. Before setting the tagine pot on more direct heating methods such as grill flames or gas or electric stovetops, it is essential to place a simple, flat heat-diffusing metal plate over the direct heat source so that it won’t weaken the pot’s integrity with cracks. Cooking in this manner over low or medium-low preserves the pot as well as braising the food without any scorching from hot spots.

To Prepare the Tagine:

If using the traditional earthenware or ceramic pot, place the tagine atop a metal heat-diffusing plate set over the direct heat source.  If using an enameled cast iron tagine pot, use the pot base directly over the heat source.

Allow the ingredients to cook over low to medium-low heat until they begin to sweat and sizzle. Add the chicken thighs. Cover the base with the conical lid and cook undisturbed for 5 to 7 minutes, or until the chicken pieces begin to change color.

Uncover the pot’s base. Add the fresh tomatoes, the slices of pumpkin, the chicken broth, and the chickpeas. Cover the pot again with the lid. Cook for 30 minutes.

Remove the lid. Add the currants and the harissa paste. Cover the base once more. Cook for an additional 10 minutes, or until the chicken and pumpkin slices are fork-tender. Serve hot over prepared couscous or rice.