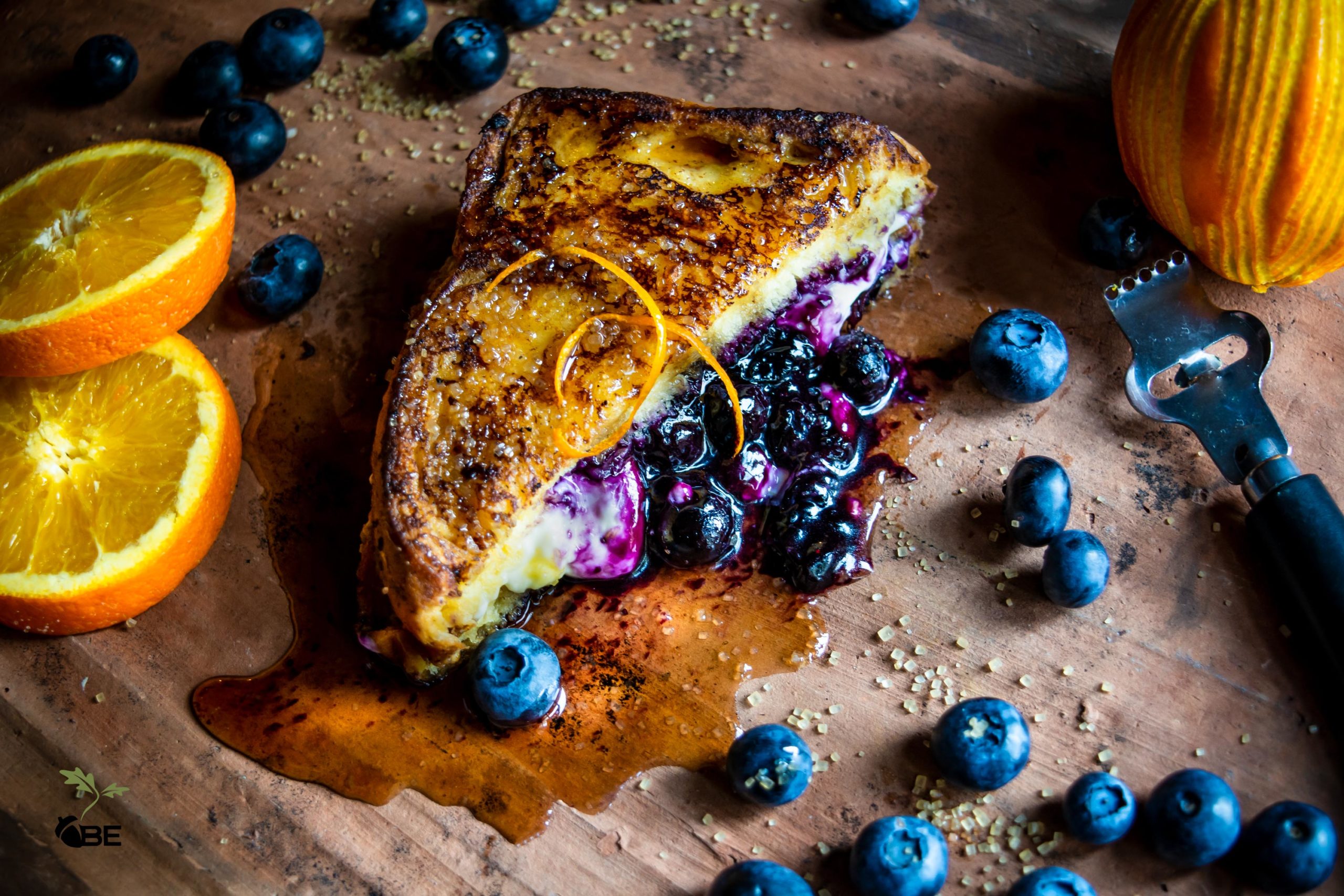 For the Blueberry Sauce:

For the Orange Cream:

For the Egg Mixture:

For Assembling the Stuffed French Toast: 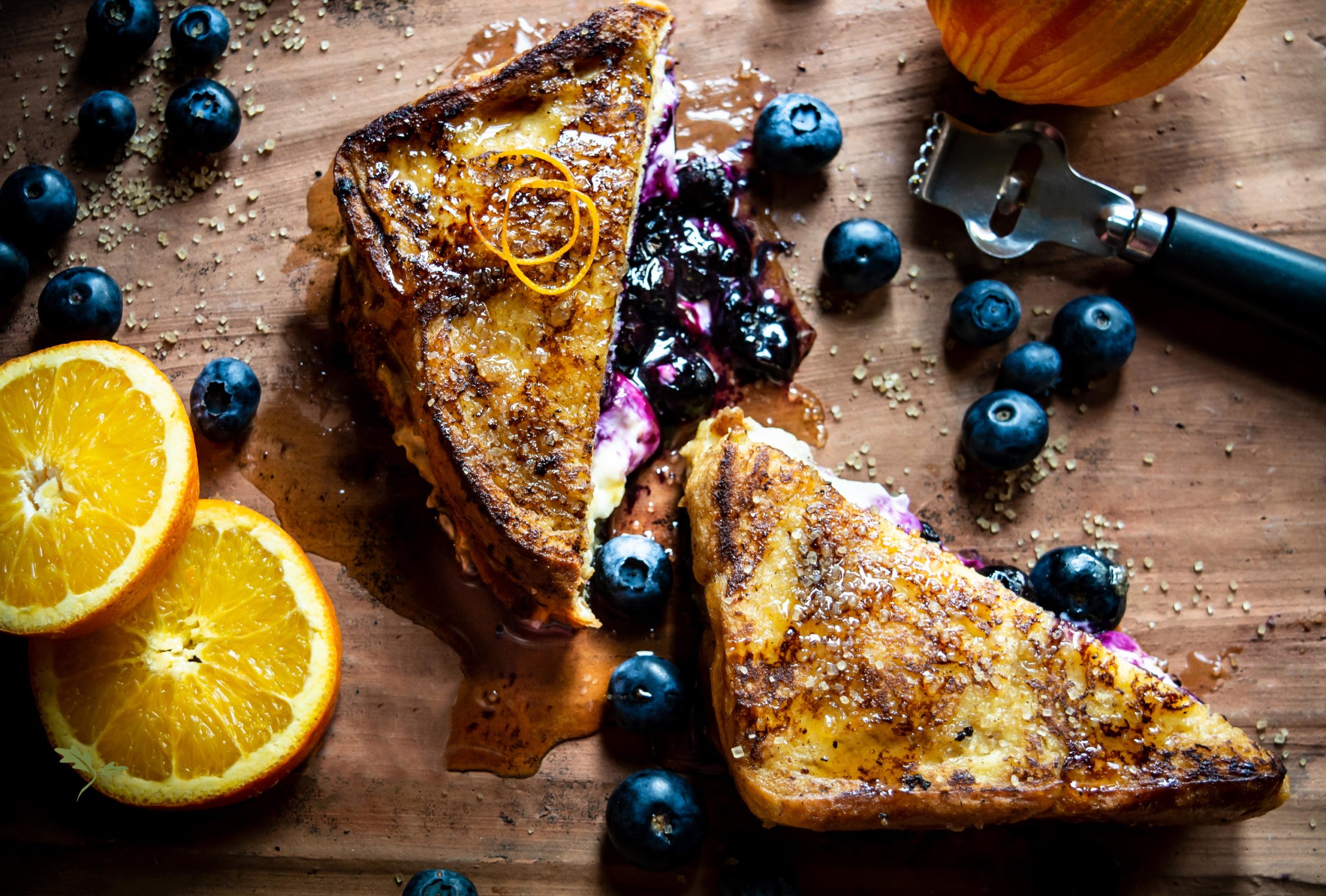 Pain Perdu is the French colloquial name for egg-battered, pan-fried bread. The “lost bread” title originated during the Roman Empire when the day-old bread grew so stale and hard that one had to throw it out or soak it in milksop to revive its usefulness. As cooks experimented regionally with this method over the centuries, they began to add the eggs, spices, and sweeteners for a richer batter, serving the dish more commonly for breakfast with creams, syrups, and fruit.

To Prepare the Blueberry Sauce:

In a saucepan set over medium heat, combine the blueberries, sugar, cornstarch, and lemon juice. Stir to coat the berries. Cook the sauce until the blueberries pop and the mixture comes to a boil and thickens enough to coat the back of a spoon without running off easily. Remove the pan from the heat; stir in the butter. Set aside to cool slightly.

To Prepare the Orange Cream:

In a medium-sized mixing bowl, whip together the cream cheese and yogurt until smooth. Fold in the thyme, orange zest, sugar, orange juice, orange extract, and orange segments until blended and thick enough to pipe. Scoop into a decorating bag fitted with a large tip. Clip the end of the bag, and set it aside in the refrigerator.

To Prepare the Egg Mixture:

In a shallow dish or wide mixing bowl, whisk the eggs vigorously with the heavy cream and orange juice until blended. Further whisk in the brown sugar, cinnamon, vanilla, nutmeg, and orange zest into the mixture. Set aside on the counter.

To Assemble the Stuffed French Toast:

On a sheet of parchment paper, lay each slice of brioche that comes with the two loaves. On half of those slices, pipe the orange cream around the perimeter of the individual slices to create a thick border on the bread. Fill in the center of the bordered slices with a generous spoonful of the blueberry sauce. Place a plain slice of bread on top of the slices with orange cream and blueberry sauce. Press the edges together making sure the cream doesn’t squeeze out the sides.

Heat a skillet over medium-low heat. Coat with cooking spray or melt a pat of butter. Dip each side of the French toast sandwich into the prepared egg mixture. Place on the hot buttered skillet and cook until toast caramelizes to a golden brown, about 3 to 4 minutes per side. Repeat the process until all the sandwiches have cooked. Serve with maple or buttermilk syrup. Yields about 10 servings.