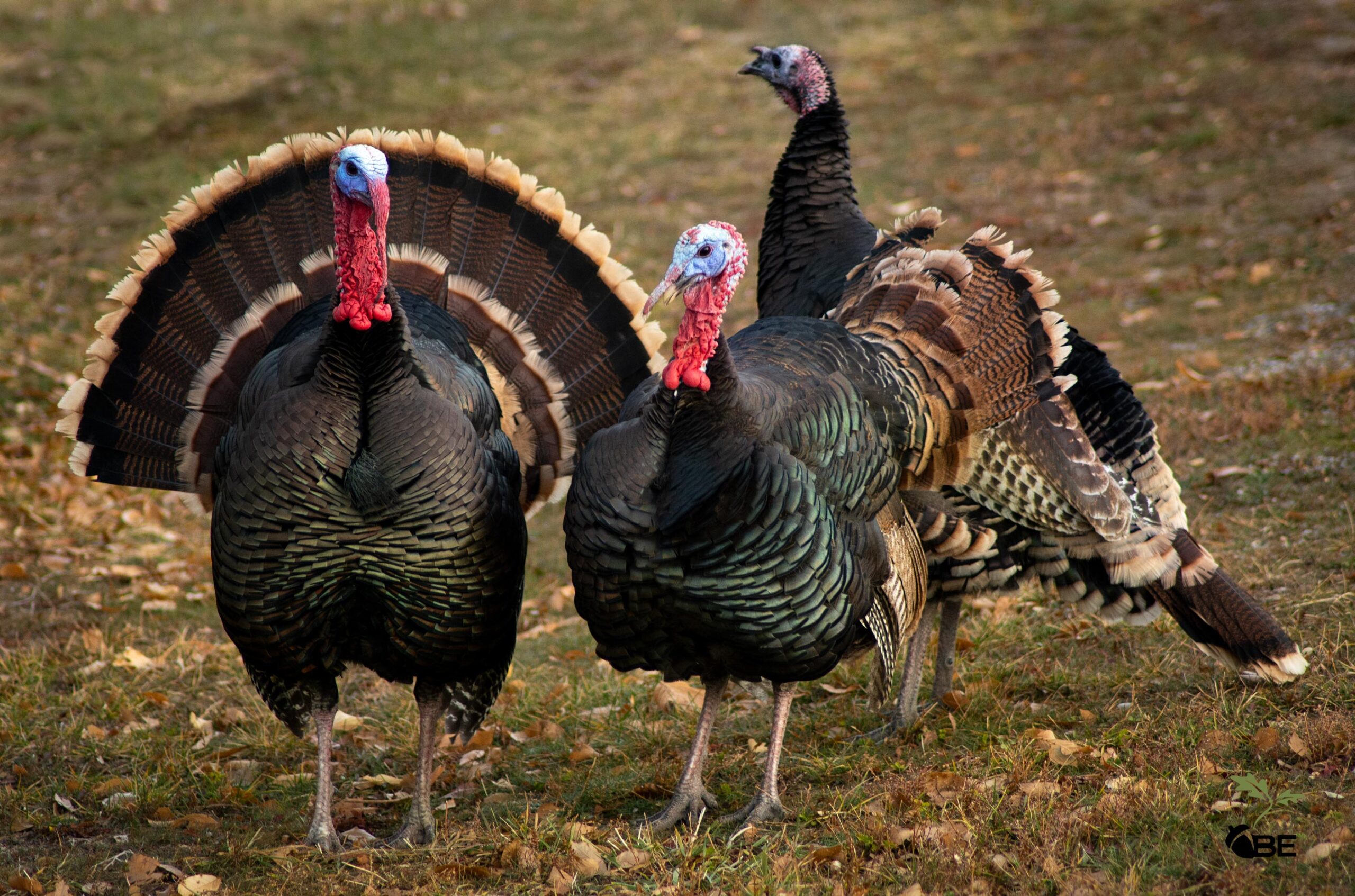 November in Spring City, Utah, brought crisp mornings, vivid sunsets, and migrating fowl foraging in the harvested fields. Early on a Thanksgiving morning, as my wife and I took a walk through the streets of the quintessential pioneer town, the intriguing chatter of staccato yelps surprised us as we happened upon a rafter of wild turkeys. 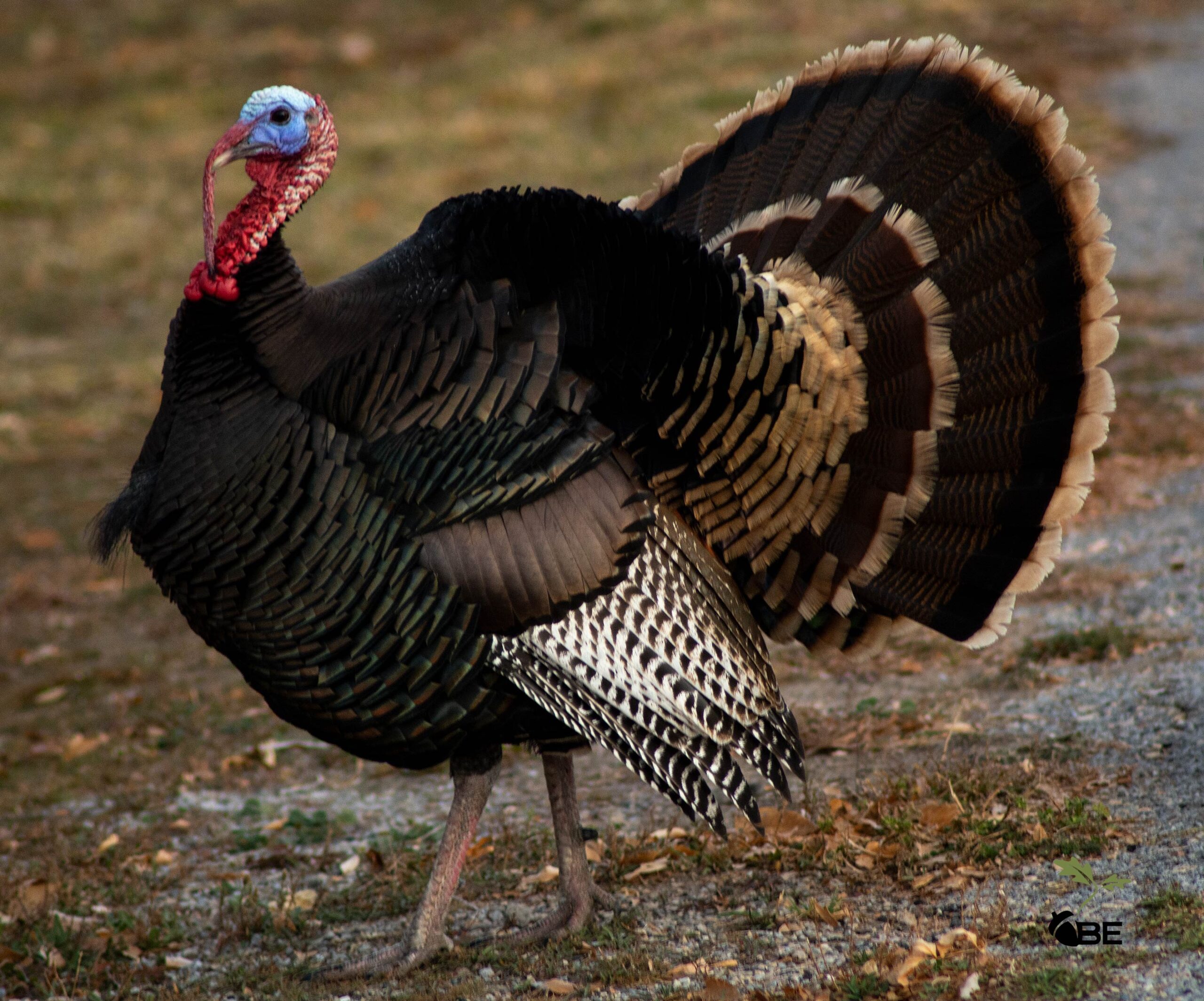 Two toms with red necks and periwinkle heads perked to attention, sending off their alert to the nearby hens. 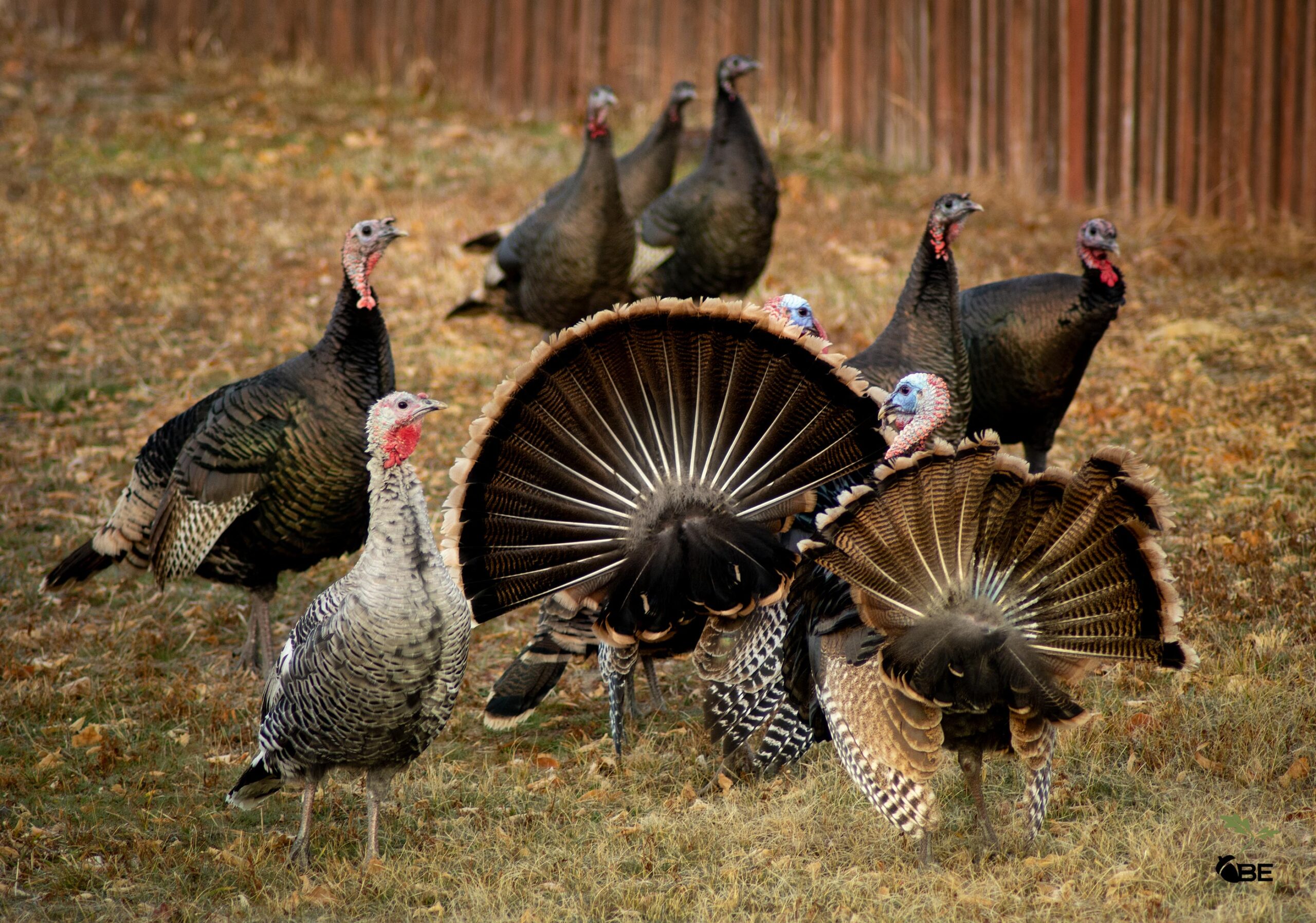 Exhibiting their prowess in the flock, their ivory-tipped bronze tail band fanned open, their breasts puffed out their iridescent turquoise feathers, and their black-speckled wings prepared to defend their families. 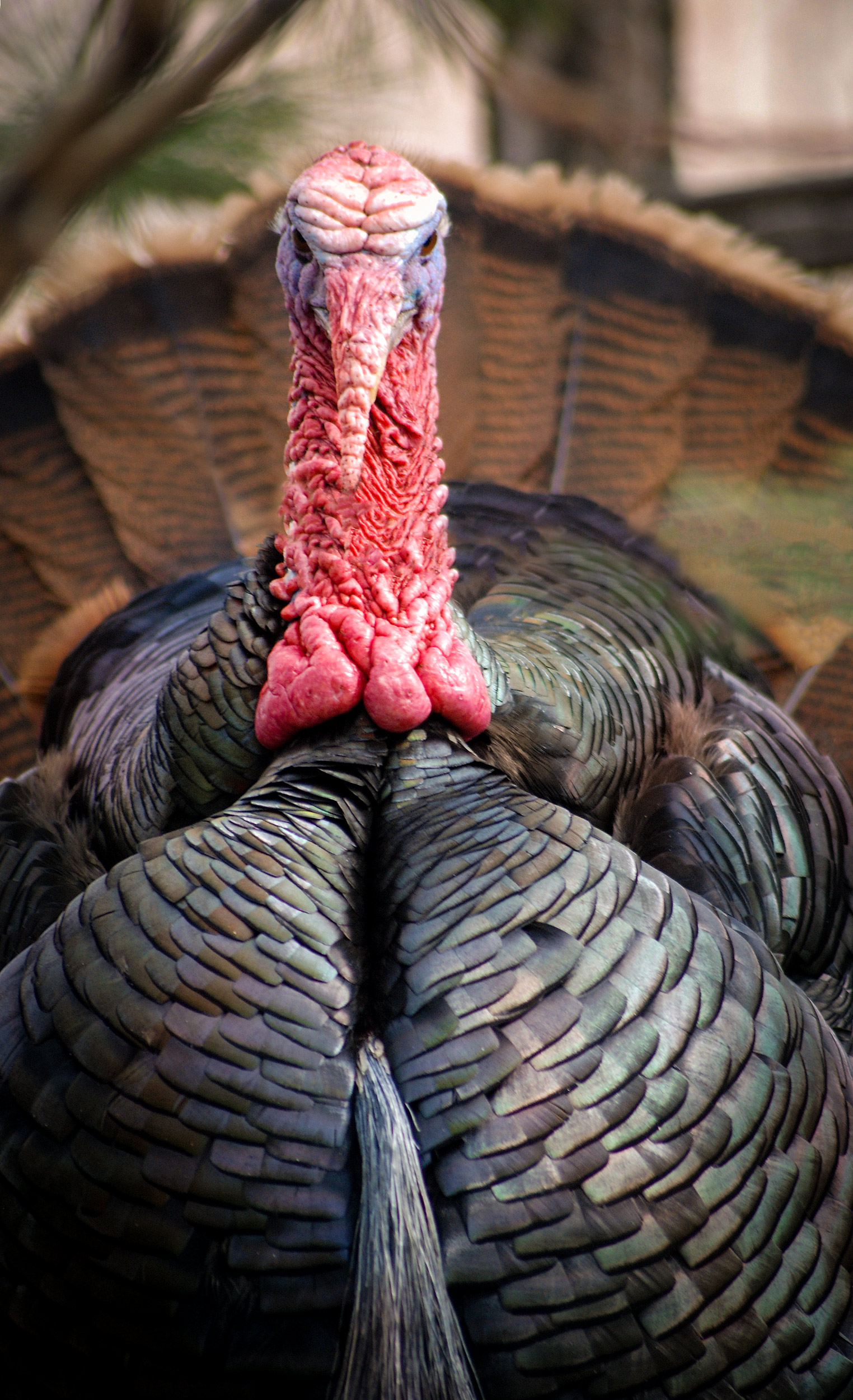 I can remember as a young boy listening to my father practicing to mimic the turkey chatter using a small hollow box with a reed-like slit on one side. He would chalk the box’s edge. While holding a short dowel between his thumb and middle finger, he would strike the box to create a variety of clipped and vociferous motions. His dexterity in making the box babble in terrific conversation fascinated me. Cluck, cutt, purr, yelp, cackle, gobble—each sound required a different gesture and movement with his hands. Amazingly, his practicing paid off. With great aptitude, he would almost have a turkey eating from the palm of his hand. 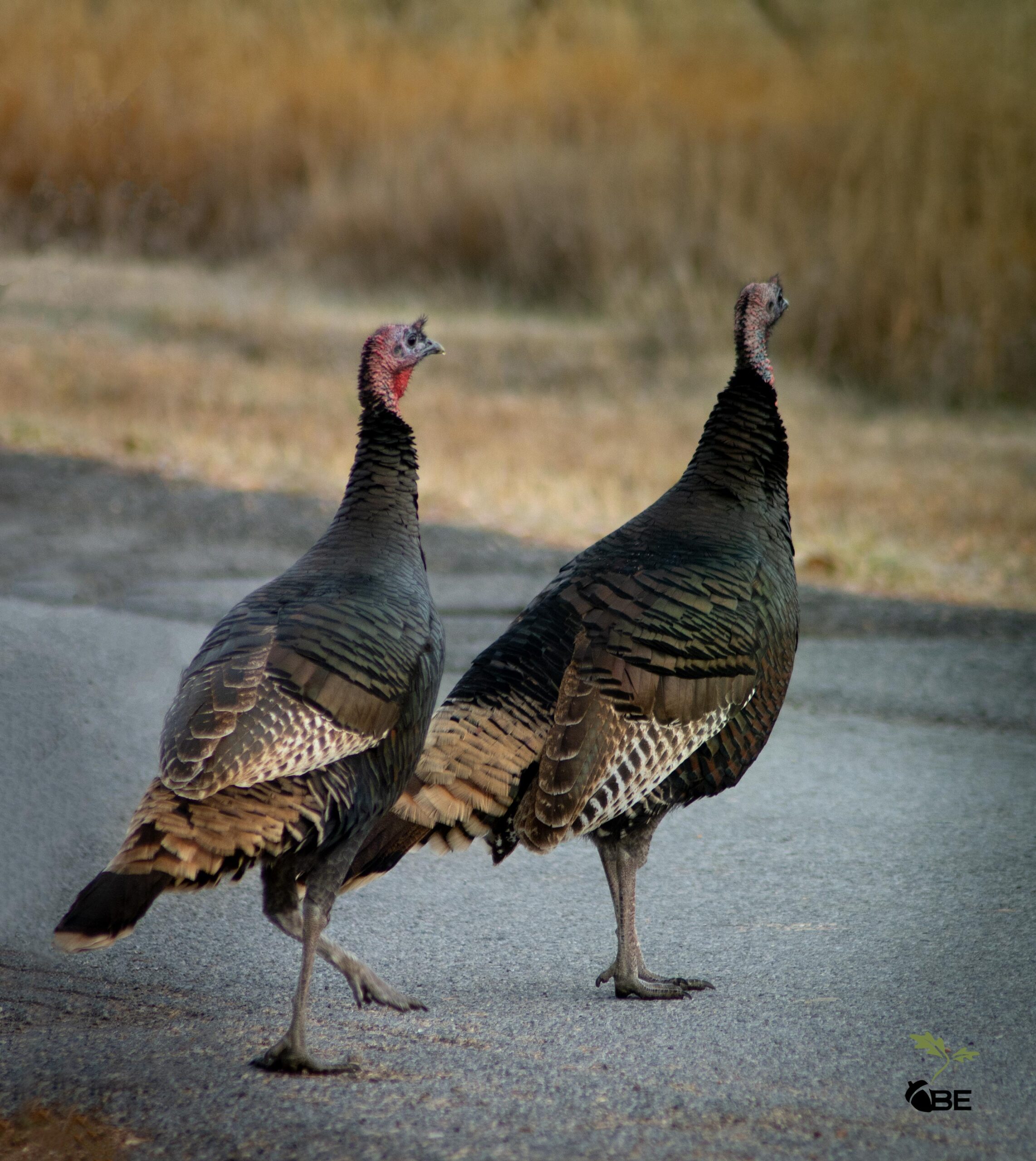 Out came our cameras as we followed the traipsing turkeys around the sleepy town. No one heeded their noisy banter as they wandered through the pastures, ran along the dilapidated wooden fences, and gathered in the tall grasses and dried corn stalks. 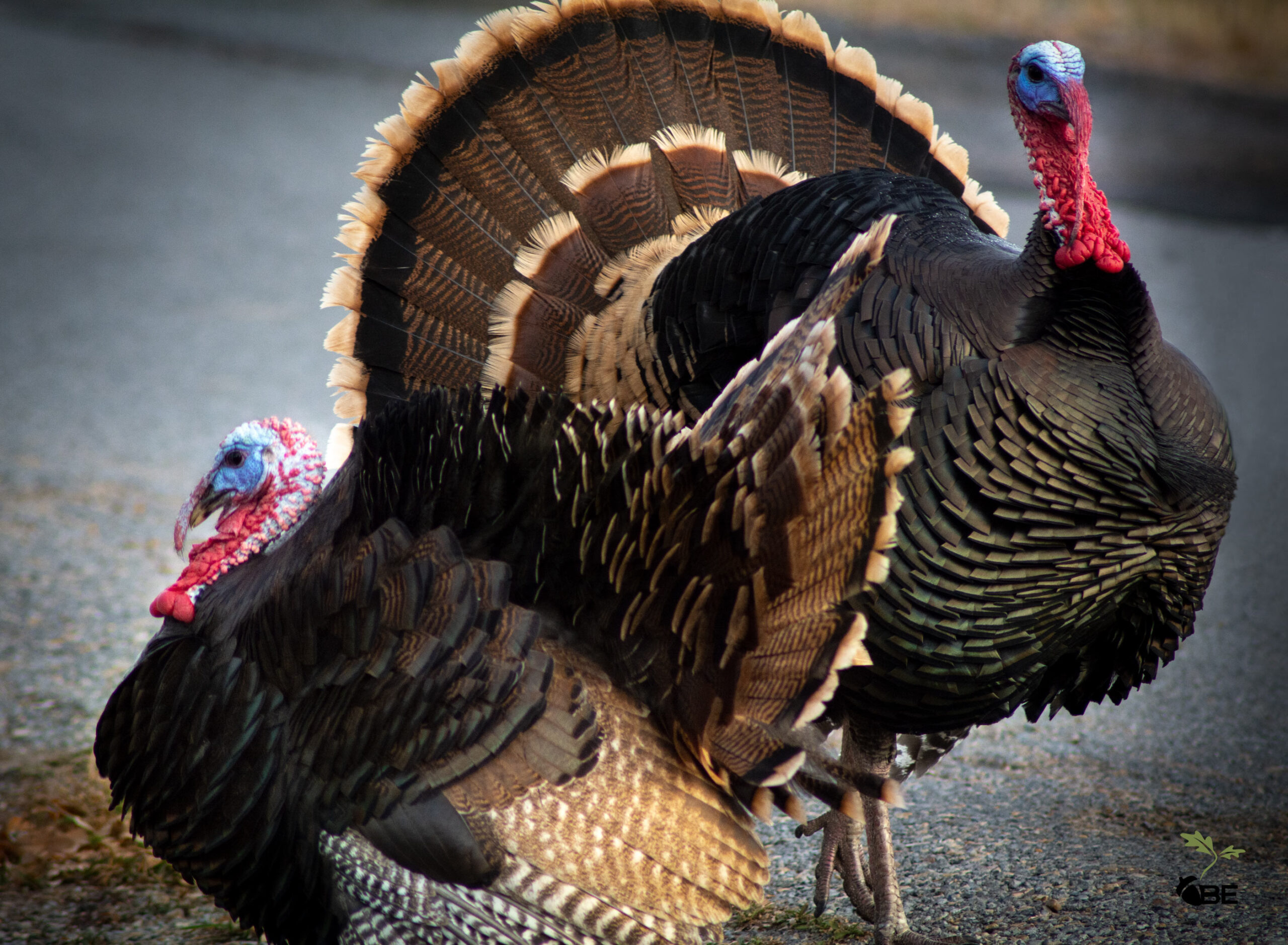 Each season brings us once-in-a-lifetime experiences with the natural world,
allowing us to capture in art or memory the beauty of life.